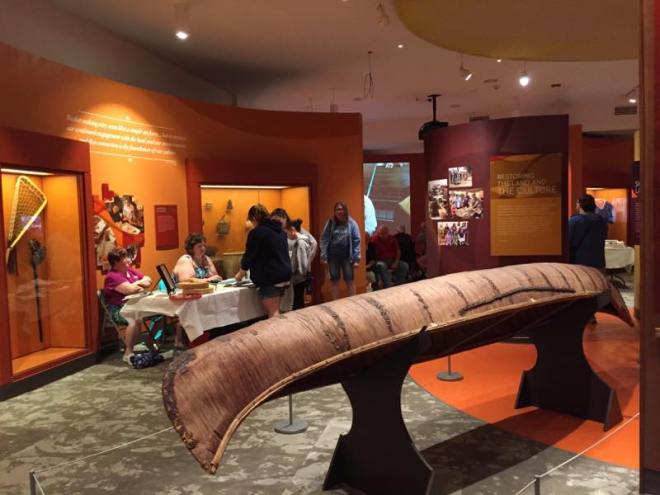 For millennia, the ancestors of today’s Mohawk, Abenaki and other Native tribes have called the Adirondack Mountains home. Yet much of that history, not to mention present experience, has gone unrecognized. A new exhibit aims to change all that.

“We have not tackled the story of Native Americans in the Adirondacks in the past,” said David Kahn, executive director of The Adirondack Experience, The Museum on Blue Mountain Lake, formerly the Adirondack Museum. “The institution has been influenced by the sort of general perception that Native Americans didn’t really live here full time, this hasn’t been Native territory. But it’s not true.”

Read the full article by Theresa Braine on the new exhibit in Indian Country Today.