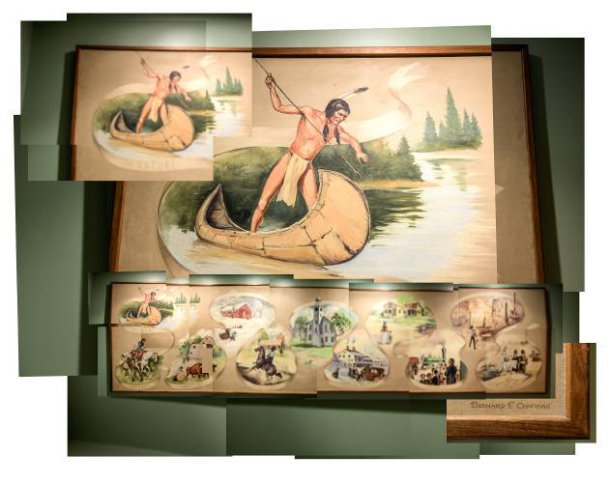 Centuries after he is believed to have lived and more than 50 years after he was adopted as the symbol of Mascoma Bank, Chief Mascommah will disappear from the Upper Valley. The Lebanon mutual bank will no longer use as its logo an image that depicts the chief of the Squakheag Native American tribe spearfishing from a canoe.

The change accompanies an across-the-board program to update Mascoma Bank’s marketing materials that will encompass a newly designed abstract logo and color scheme. The aim is to position the bank as a certified “B Corporation” emphasizing Mascoma’s social responsibility and commitment to the community.

A silhouette of Chief Mascommah, whose Squakheag tribe was part of the Abenaki nation, has been Mascoma Bank’s logo since the 1960s.

Read the full article by John Lippman in the VTDigger, picked up from the Valley News.

More from Mascoma Bank on their name origins here.

Note: I would take a good deal of this background with a grain of salt.