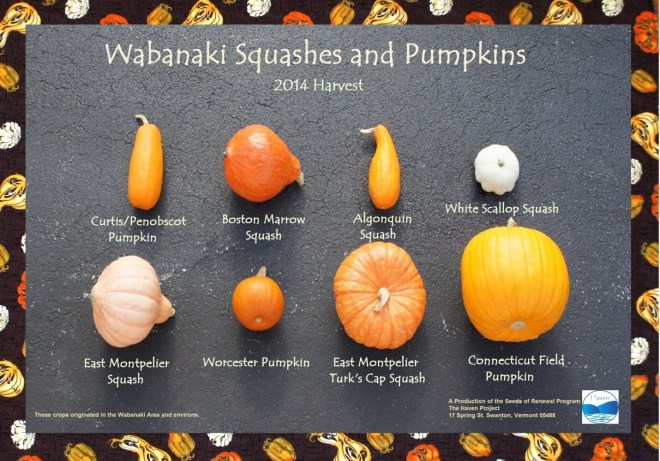 Maine’s Passamaquoddy people are once again growing and eating ancestral crops and saving the often rare seeds. These simple yet significant acts are tied to new research that sheds light on the sophisticated agriculture and accompanying plant-centric diet of the early Wabanaki people of northeastern North America, who lived and farmed in what we call Maine for 12,000 years before the European migration and colonization…

Planting these heirloom seeds is part of a wider effort by the Passamaquoddy to increase the amount of food produced on tribal land.  All the ancestral seeds have been linked to tribes of the Wabanaki Confederacy, which includes the Passamaquoddy, Penobscot, Maliseet, Micmac and Abenaki.

In 2014, Koasek Abenakis, the Seeds of Renewal Program and retired Johnson State College humanities professor Frederick M. Wiseman, who is Abenaki, gave these ancestral seeds to the Passamaquoddy tribe at Motahkokmikuk. The following spring, the seeds returned to Passamaquoddy soil and flourished.

Read the full article in the Press Herald here.

The world is a big place. This is how it appears to me. Your results may differ. View all posts by richholschuh

This site uses Akismet to reduce spam. Learn how your comment data is processed.